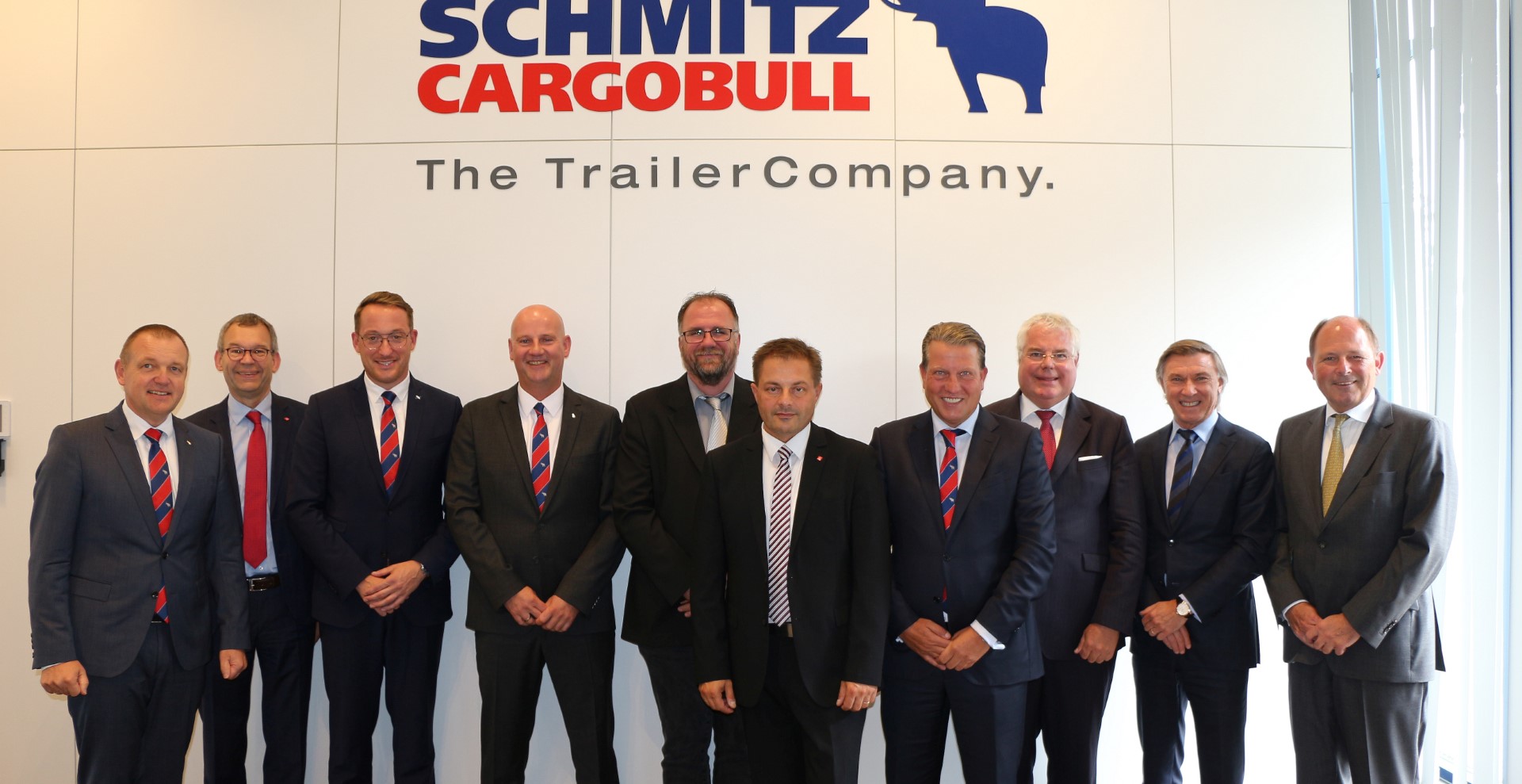 Horstmar, September 2019 - In the context of a long planned plan of generation change, Schmitz Cargobull AG announced the reorganization of the Supervisory Board at the Annual General Meeting on September 24, 2019.

Peter Schmitz contributed significantly to the company's development as a technology and market leader for trailers with his technical innovations and his commitment to continuous improvement. He first steered the company as Managing Director and then as Chairman of the Management Board following its transformation into a stock corporation. From 2003 to 2013, he took responsibility for the company's development as Chairman of the Supervisory Board. With his 80th birthday he now ends his activity on the Supervisory Board.

Dipl. Wirtsch.-Ing. Dietrich Zaps, Automotive Consultant, held leading positions in the international automotive supply industry for many years, including President & CEO of ThyssenKrupp Budd Comp. and member of the Executive Board of ThyssenKrupp Automotive AG for the North American business in the United States. He has served on the Supervisory Board of Schmitz Cargobull AG since 2013.

The new Supervisory Board of Schmitz Cargobull AG now consists of the following shareholder representatives:

Astrid Hamker (1966) has many years of management experience as managing partner in the market-leading medium-sized Piepenbrock group. She is also a member of the advisory board and supervisory board of other companies, such as Drägerwerk AG, and has been President of the Wirtschaftsrat Deutschland since June 2019.

Professor Dr. Harald Ludanek (1958) was responsible for the technical development at various brands in the Volkswagen Group from 1992 to 2017. From 2012 to early 2016, he was Board Member for Research and Technical Development at the truck manufacturer Scania in Sweden and most recently Board Member for Research and Development at Volkswagen Commercial Vehicles. He has been a member of the Schmitz Cargobull AG Innovation Circle since 2018.

Dr. Detlev Ruland (1959) has been a member of the Digital Advisory Board of KUBIKx since 2018. Before that, he was Chairman of the Board of Management of the German Research Center for Artificial Intelligence (DFKI) in Kaiserslautern and Saarbrücken. He also worked for McKinsey & Company, Inc. and RWE AG as Group Chief Information Officer before joining Deutsche Post AG in 2018 as Chief Information Officer and Chief Technology Officer.

Robin J Stalker (1958), A.C.A. Chartered Accountant, joined Arthur Young (now EY) in New Zealand and London and held various positions in finance and controlling in the entertainment industry in Asia and the United States before becoming Chief Financial Officer (CFO) of adidas AG. He is a member of the Supervisory Board of Schaeffler AG and has been a member of the Supervisory Board of Schmitz Cargobull AG since 2017.

IG Metall, were elected as their successors.

On behalf of the shareholders, the new Chairman of the Supervisory Board, Dirk Hoffmann, thanked the departing members of the Supervisory Board for their commitment and their contribution that kept Schmitz Cargobull on the road to success. "With the new Supervisory Board, we are tackling the challenges of the transport and logistics sector, which will certainly not diminish, in a strengthened and confident manner. We are well positioned to continue Schmitz Cargobull's success story," explained Dirk Hoffmann in his introductory speech.